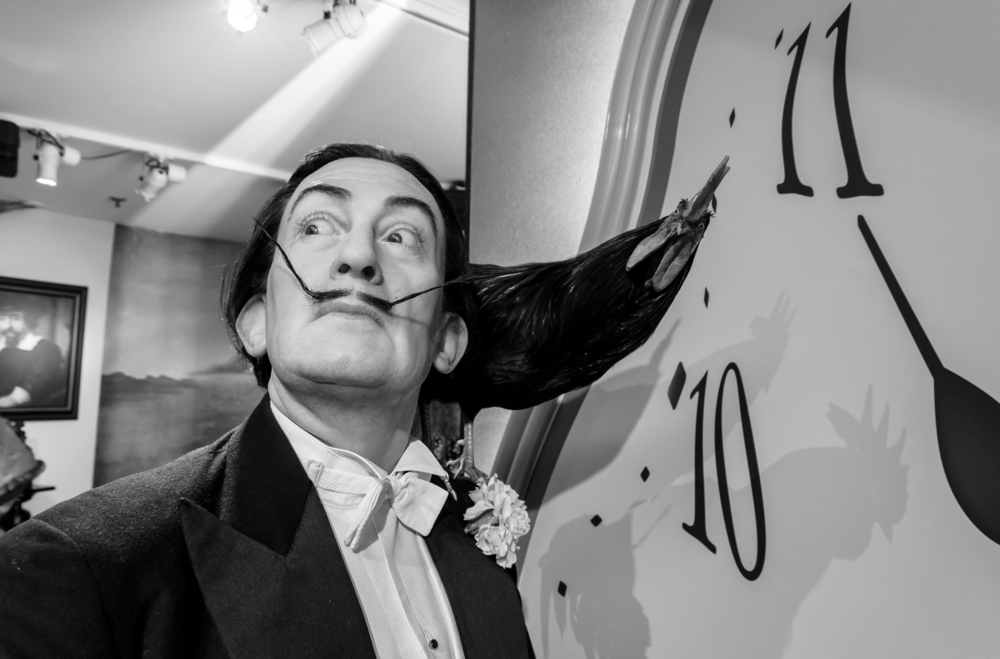 Salvador Dali is one of the world’s greatest artists. He died in 1989 at the age of 84 and left an incredible legacy behind him of over 1,000 artworks. He was a strange and eccentric character and the more you know about him the more fascinated you become by his work. There are many strange stories about Dali and we wanted to share a few of our favorites so that you could be as amazed by him as we are.

Salvador Dali was named after his older brother, Salvador Dali. The eldest brother died at the age of three and the youngest was born just nine months after. Dali was named after his brother to fill the void of his death so that the parents could move on and act like the death never occurred. In fact, they believed that the new birth happened so soon that the new Dali was a reincarnation of the old. This bothered Dali a great deal and was something he struggled with for a long time. In fact, part of his strange character comes from the need to establish his own persona. He was so desperate to show that he was not his brother that he became something else entirely. In 1963 he created a painting entitled ‘Portrait of my Dead Brother’ which featured the image of a young man in light and dark dots. Dali said the light was the living Dali and the dark was the dead Dali. The image, therefore, conveys both brothers as one.

Dali was different from a young age. By the age of ten, he was already showing signs of being a budding artist but also signs that he was far more interested in eccentricity. In 1922 he moved to Madrid to study art but was twice expelled from the university. Once for leading a student protest and the second time for telling the teachers that he knew more than them and they had no right to examine him at all.

Dali defined what it meant to be eccentric. He had a pet ocelot named Babou that he would take everywhere. If you are thinking of another prominent figure in history that had a large cat as a pet, it is likely Benito Mussolini the Italian fascist dictator. While Dali and Mussolini were not close, Dali was someone who identified with the fascist beliefs at the time and was known to be sympathetic to the anti-semitic beliefs of Hitler.

Dali loved money. The name Salvador Dali was rearranged by many of his peers at the time to Avida Dollars, which means ‘Eager for Dollars’ as unlike many artists Dali was driven by money and would do almost any deal to get more. One of the most famous examples of his ability to sell out is his work with Chupa Chups in 1969. Dali designed the new logo for the lollipop and which although has been modernized still exists in some way to this day. He was so tight with money that whenever he went to a restaurant he would pay the bill by check and draw a small picture on the side. His thinking was that if they ever wanted to cash the check they would lose the drawing. His hope was that no one would ever cash the check and that he would eat free all the time.

Clearly, Salvador Dali is an incredibly unique artist. Whether you dislike him for his fascist beliefs or love him for his unique view of the world, you can’t help but admire the work he has done and the impact he has had on the world.