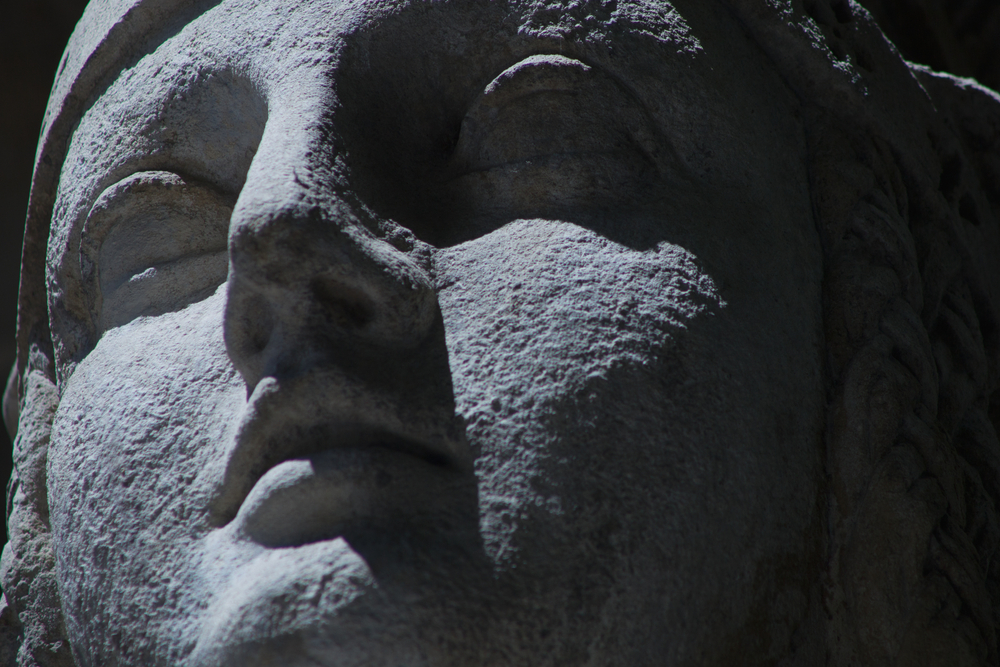 When it comes to things you find with a metal detector in a field there are very few finds better than a statue thousands of years old. Yet when a farmer dug this out of the ground he failed to realize what a priceless artifact he had on his hands. This story is a cautionary tale to any treasure hunter. Never underestimate a discovery it could be the one you always hoped for.

More than ten years ago a farmer took his metal detector out and started to walk through his lands. He came across a variety of different-sized rubbish and was pretty frustrated with what he had previously thought was an incredible idea. Farms in the area had found many artifacts from the Roman empire and his farm had never been searched. He was sure he was onto a good thing. However, as metal rubbish after metal rubbish continued to turn up the farmer became disheartened. He even found a small statue but decided it was some modern copy instead of an amazing find. He went home and dumped most of the rubbish and put the statue in his shed in an empty tub that once held butter. He then forgot all about it.

Fast forward to the present day and that same farmer received a knock on his door. It was a man with a metal detector and a sense of optimism that the farmer recognized in his younger self. He welcomed the man into his farm to look for treasure but warned him that he had found nothing when he tried. He joked with the man about the bottle caps, metal cans, and one harmless statue that he did find.

The man immediately stopped walking and turned to the farmer to enquire further about this statue. The farmer went to get the tub of butter and when he showed the new treasure hunter, he had a very different reaction. By the appearance and weight of the statue, he was sure that it was something valuable and old. The pair took the statue to the local liaison office to be valued.

It was confirmed as extremely rare, old, and the depiction of the Goddess Minerva from Roman times. The liaison officer said it was an incredibly exciting moment when she opened the tub of butter. She had been expecting something pretty underwhelming considering the packaging but when this beautiful piece lay there, her heart started to beat a little faster.

In the United Kingdom, it is well understood that there is a lot of treasure yet to be found. That is why in 1996 the government passed the Treasure Act. This incentivizes the average person to look for treasure as they will get a share of its value when they hand it in. In other countries, if you hand it in, you get nothing at all.

The statue was made of copper-alloy and lead and dates back to the 1st or 2nd century AD. It was likely part of a Roman temple that has now long disappeared. Minerva is an important god in the Roman world and is the equivalent of the Greek god Athena. Minerva is considered a protector and is often used to signify victory.

She certainly represented victory when the two men finally realized the treasure they had on their hands. For the original farmer, it was a lucky day when that man knocked on his door. He likely would never realize the treasure that lay in his own shed and if someone was to throw out his rubbish years later, a tub of butter probably wouldn’t have been spared. Never underestimate the treasures you have found in life.

The lion population is in danger