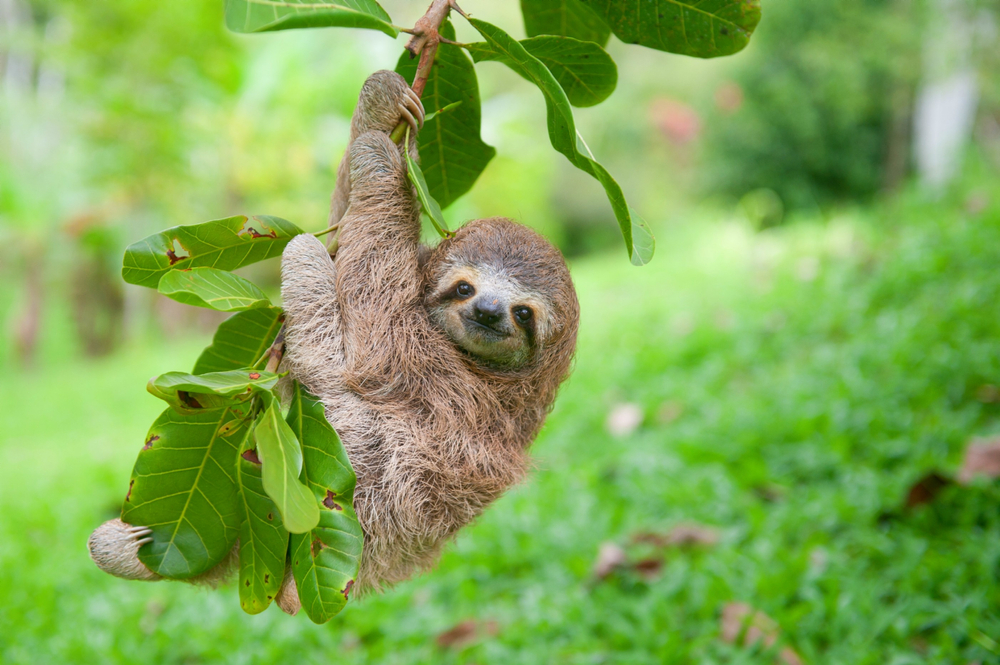 To describe the sloth as lazy would be harsh yet accurate. The animal likes to hang out in a tree for long periods of time and will only come down to poop once a week. When it does want to move it does it slowly. It makes you wonder does anything make this animal excited or move in a hurry? Many animals are driven crazy when they are in heat but even this does little to change the sloth temperament.

Sloths can be found in Central and South America and come in two distinct varieties, the two-toed, and three-toed sloths, although overall there are six species. The sloth reproductive capacity is once a year yet it is often not met because the animal is too slow to get anywhere. However, humans have not met their “reproductive capacity” for many years so let’s not judge the sloth life choices.

In addition, the mother has no interest in complicating things. They want to look after one sloth baby at a time. So they will not give birth to a second sloth while looking after one already. Some species of sloth are independent after 6 months. To be nice the mother will leave the sloth to the area it was born in and the mother will move to a new area. Other sloths will leave the area themselves after 6 to 9 months. The mother sloth will then take some well deserved time to rest and recuperate and will often have a period of 15 months between births.

Male sloths are absolutely useless in the upbringing of baby sloths and don’t feature at all. Baby sloths are born with claws that allow them to grip to their mother. They will remain there for large periods of time as they begin to learn the tricks to sloth life.

We have a rare opportunity to write our own coronavirus story

We have a rare opportunity to write our own coronavirus story

The strange squid that has everyone baffled