The story of a Luftwaffe pilot who saved an American bomber 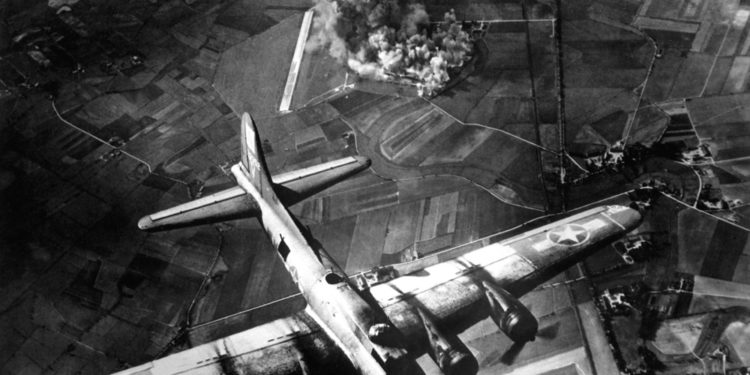 The word ‘Pilot,’ whenever anyone thinks of them, will automatically connect it with people always offering a ‘helping hand.’ This is a widespread phenomenon if we think it in today’s era, but even during the war times, the pilots used to offer their help to people who so ever in need.

Let’s discuss one similar incident here in this post. This is a scenario when a German Luftwaffe put his own life in danger to protect the crew of an American B-17 bomber.

The event took place on December 20th, 1943, when the 379th Bombardment group was ready to conduct a raid in which they had to destroy an aircraft factory that was producing fighter aircraft in the German city of Breman. The B-17 American bomber was led by Lieutenant Charlie Brown, as “Ye Olde Pub.”

During the raid, the factory was almost destroyed. While destroying the factory, the front of the American bomber was almost sheared clean off by a shot from a flak gun. Their two engines had also been damaged. Brown was able to fly the American bomber aircraft, but the damage to the aircraft was horrifying. Moreover, one of the crew members,” Sgt Alex Yelesanko,” had his leg wholly blown off. All other crew members also suffered any kind of injury.

Things got even worse when their oxygen system got damaged. However, Brown, when regained the control of the American bomber plane he tried to steer it to Britain, and while doing this, they were observed by a German pilot, “Franz Stigler.”

He flew his aircraft from the airbase, thinking if he killed them, it would add more to his previous victory list. However, when he made close to them, he sensed that all their guns were un-manned and that they would do no harm to him. He felt a sense of sympathy towards Lieutenant Brown.

Stigler noticed the damage that was done to the American bomber plane and them, so he tried to convince Brown to land in Germany as they would never be able to reach Britain. Brown refused to land and was determined to go to Britain. Stigler was still convincing Brown, and on receiving no reply (as he was severely injured), he decided to turn to Sweden.

But Brown was still brave enough to not land in the territory of enemy or Sweden, seeing this will of brown, Stigler made his decision to land the American bomber aircraft on the land of Britain(ignoring his safety). They passed the coastline and finally landed safely in Britain. Upon landing, he received medical aid, and Brown told his superiors about the whole scenario, but his seniors asked him to stay quiet.

Finally, Brown invited Stigler for a 379th reunion(where the families of the men gave Stigler a warm welcome for risking his own life). Brown and Stigler remained close friends forever until 2008 when they died.