Sharks grow an unlimited number of teeth. Is it true? 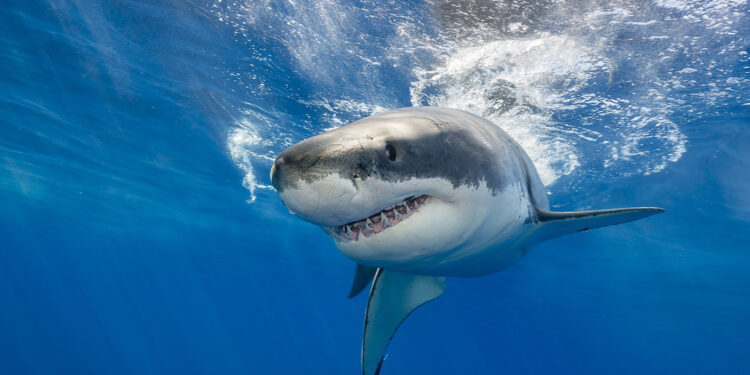 While sharks are not exactly the merciless predators, most Hollywood movies feature them like that only. Yes, sharks do possess a number of frightening mechanisms. Those mechanisms help it in aquatic hunting. The features include ultra-streamlined bodies, the ability to detect electrical fields, the ability to detect changes in water pressure, high intelligence, exceptional hearing, ultimate vision, and a sharp sense of smell. But the question is – do sharks really grow an unlimited number of teeth throughout their lives?

Here are the facts:

In simple words, sharks have a number of series and rows of teeth. Again, the number depends solely on the species of shark, but most sharks have 5 to 15 series of teeth. The teeth of the shark are arranged in a way that the frontmost series will house the largest teeth with series behind it, holding smaller teeth. The front teeth of the shark are known as the working teeth. Working teeth are the ones that are primarily used for tearing and biting the flesh and all the other things.

You will be shocked to know that teeth of sharks are not deeply rooted like those of humans, and they lose their teeth pretty frequently when they eat the flesh. Sharks usually lose the front series of teeth while eating. So, the moment a shark loses a tooth, the tooth behind it starts to come upwards to fill up the area left empty.

To wrap up the topic, as far as experts and researchers are aware, there is no limit on the number of teeth that a shark can produce during its entire lifespan. As long as a shark stays healthy, it will continue growing new teeth to replace older ones.

The golden toilets of Frank Sinatra that fetched thousands at auction

The golden toilets of Frank Sinatra that fetched thousands at auction