The cute deer with a strange appearance 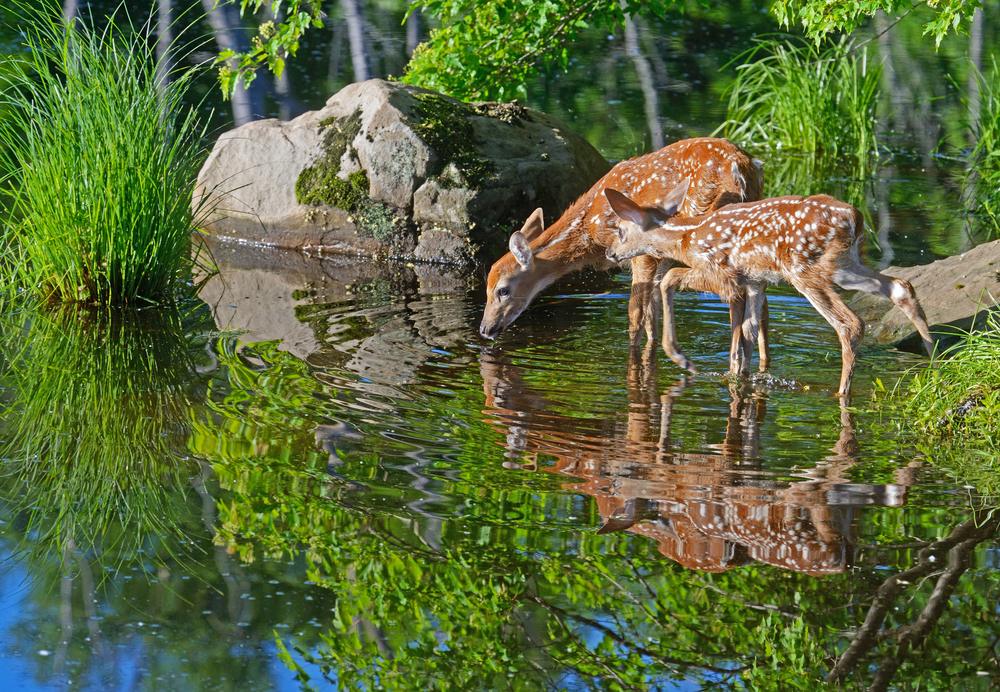 The battle for the cutest animal is often hard-fought. The baby sloth with its watery eyes, the meerkat with its cheeky stance, the red panda with its curious grin, yet these are well-known contenders. Today we would like to introduce you to a new contender, the Chinese water deer.

The animal has been found in the U.K since 1873 but is native to both China and Korea. When you first spot a Chinese water deer one aspect will jump out at you, its tusks. The deer does not have any antlers like many other varieties of deer do, instead, it has two tusks protruding from its mouth. The tusks look like the fangs of a vampire and have earned the animal the nickname, the vampire deer. Pictures of water deer look like they have been photoshopped, as the tusks just don’t make sense, but trust us, they are real and they are cute.

These water deer are very small, weighing between 11 and 18kg with a height of around 0.5 meters. Their tusks are usually around 5cm in length.

The water deer is not a very social animal and prefers to spend their time alone. They only come together for mating. Males, in particular, are very unfriendly and will take the approach of any other deer as a threat, not friendly behavior. Females have been found to on occasion co-exist with other female deer but they appear to have no real bond. If any danger presents itself you will not see a water deer sacrificing themselves to help or even shedding a tear.

The water deer is not technically endangered but it is vulnerable. Despite this, the Korean government offers a financial sum for any that are killed during harvest season as they are seen as such a pest on farmland. Despite their cute appearance, they can do a lot of damage to fresh crops.

The origin of Murphy’s Law