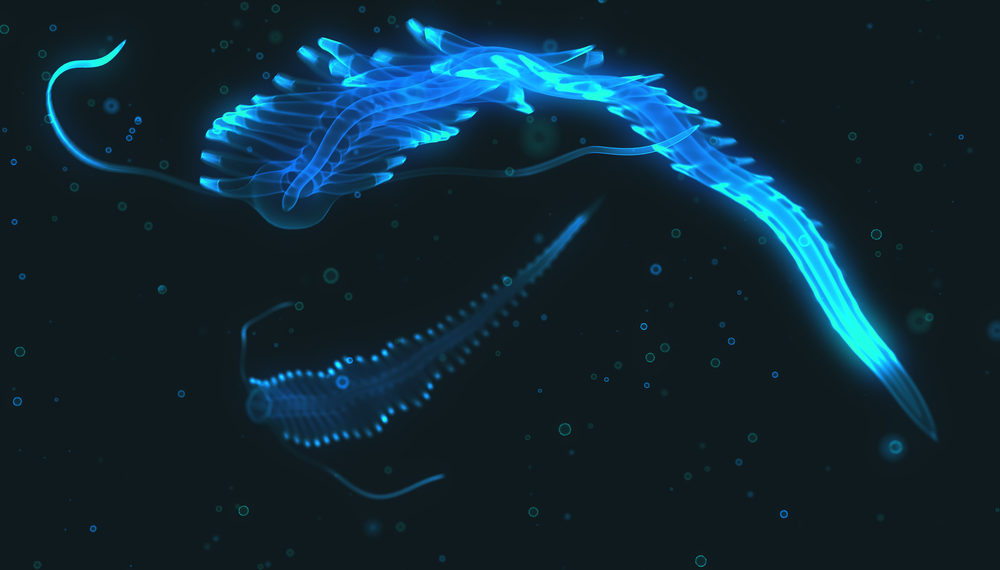 Nature is a plethora of strange habitats with stranger animals. You sure must have heard about camouflage. It is an evolutionary trick, where the body of some animals mimic their surroundings in their body shape and color, hence, avoiding predators. While this is an example of the most strange animals at its best, there are a few more exotic examples, too.

In an ocean habitat bending light to look invisible is one thing, but being entirely transparent is a whole another level of awe-inspiring. Here, we will be looking at some strangely beautiful and transparent animals of the oceans. While no one can avoid predators forever, it looks like a few animals go to extreme lengths to avoid all odds.

A few squids are known to release pigments to blend with their surroundings, squids as transparent animals are not mostly known. A native of the pelagic region of the oceans, glass squids is a family of about 60 species. These are almost entirely transparent, with the exception of their eyes. As the eyes depend on the absorption of light to function or view, transparent eyes is not a practical concept. Consequently, the squids evolved mastering a trick using photophores that mimic the sunlight pouring in to the ocean from above and hence rendering them invisible to any predators swimming below.

To further add to the mystique of these transparent animals is the fact that the photophores analyze the light coming from all directions and adjust the light accordingly so that predators cannot spot them anywhere.

If you ever come across some eyes and guts swimming ominously through the ocean, remind yourself that it is a transparent glass octopus, one of the most strange animals. As most transparent organisms inhabit the pelagic region of the oceans, these transparent animals that can grow up to a length of 45cms are a native of the same region. They are entirely transparent except for their eyes, digestive system, and optic nerves. While these opaque surfaces can make them more conspicuous to predators, the octopuses have oblong-shaped eyes that cast a minimum of shadow. It also directs its body to cast minimal shadows, hence helping them attain the required transparency.

These transparent animals of the pelagic region of the oceans are entirely translucent to the passage of light without the usage of other evolved organs. The group of these marine worms can also be found in bottomless oceans, where they make use of their bioluminescence property. About 11 species of this genus can produce bright blue light, which contradicts its predator-fleeing property of transparency.

Another enigmatic organism species, the sea sapphires possess the transparency of the organisms of the pelagic region of the ocean, too. They can appear from vividly colored organisms to invisible in no time. Their iridescent colors and invisibility is a trick of crystal plates and light angles alike.

Nature is a minefield of wonders. These exotic animals will make you appreciate the brilliance of evolutionary wonders even more!