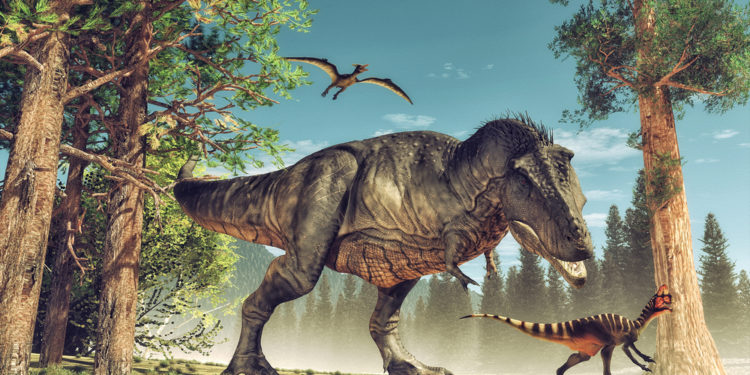 11th June 1993, Steven Spielberg’s summer blockbuster Jurassic Park was released, capturing the eyeballs of moviegoers all around the world. But have you ever thought how scientifically accurate the movie was in bringing the long-extinct creatures like Brachiosaurus, Triceratops, and T.rex to life on screen?

Jurassic Park was a monster movie with a cautionary tale about biotechnology run amok. The movie had the best visual effects, and It used groundbreaking CGI(computer-generated imagery) that was never done before. It was based on Michael Crichton best selling novel with the same name. To make the movie, the directors and producers also had credible science and paleontological expertise.

Jack Horner was the movie’s on-board dinosaur expert and consultant, and he was there for a good reason. He was one of the real-life paleontologists whose work had inspired some of the ideas behind Crichton’s novel. Horner is now the professor of paleontology at Montana State University, and also the curator of paleontology at the Museum of the Rockies. He was famous because he discovered new dinosaur species, Maiasaura Peeblesorum, and he also published research on how dinosaurs used to take care of their children.

As Horner describes, his main contribution to the movie was to sit with the director Spielberg, while he goes through the script and answers all the questions related to dinosaurs. Horner further added that Jurassic Park is a blend of scientific fact and movie fantasy. Horner has continued to be the dinosaur consultant for the franchise.

One key moment where the Horner’s expertise came into use was the scene in which the Velociraptors terrorize the children in the kitchen. The animatics created of the dinosaurs sinisterly flicking long, forked tongues, just like lizards or snakes. And that’s where Horner told Spielberg that he is totally against the idea of dinosaurs having forged teeth because there is enough research that proves dinosaurs didn’t have forged teeth.

The film portrayed Dinosaurs as animals not monsters

Some of the most unusual animal behaviors in the movie were the idea of the film’s dinosaur supervisor Phil Tippet a visual-effects veteran and a self-educated dinosaur expert.

A few of the most appreciated animal traits in Jurassic Park were contributed by the film’s dinosaur supervisor, Phil Tippett, who was a visual-effects veteran. Tippett was brought on-board with the design stop-motion effects team for the film. It was Tippet’s idea that T.rex should attack and overturn the Jeep in the manner of a lion tearing apart the belly of its victim.

One of the inaccuracies in the movie was the speed of T.rex. In the movie, it is said that rex can go as fast as 32 miles an hour. But in reality, they can’t go that fast, in-fact researchers say they can’t even run, they can only fast walk.

The Jurassic Park movie dinosaurs may have some resemblance to the real dinosaurs, but the fact is that it’s just a movie.

The predators of crustaceans

Why a camel has humps