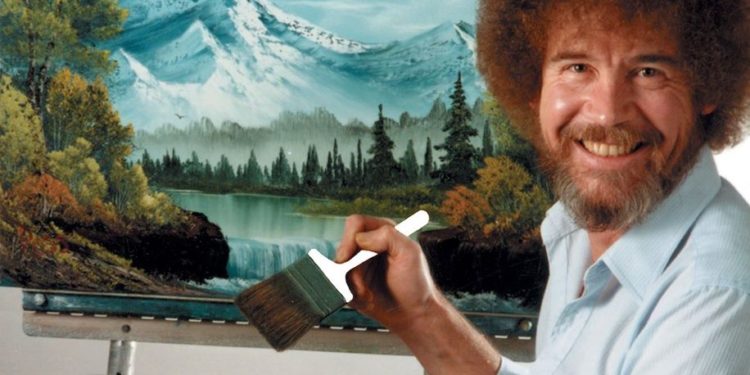 Bob Ross boasted a TV career lasting 11 years, whereby he became one of America’s most beloved painters. Ross not only did showcase his sheer talent to the whole world, but his quirky and familiar deposition also put people at ease. There is no doubt about the impact Ross had on pop culture. But lately, nothing was known about what happened to his painting. Read this whole article to uncover where Bob Ross’ painting went after his death.

Bob Ross was a beloved artist who first became famous after starring in his half-hour-long live TV show The Joy of Painting on PBS. The first program that showed Bob Ross painting some landscape images aired in 1983 and continued to run for more than a decade. Viewers became impressed by his quick brushwork on painting, and Ross won over a loyal fan base. All thanks to his amazing skills!

Viewers became his fans and fell in love with his relaxed demeanor. While these features of Ross seemed quite unique, he had a predecessor who would later reveal the truth behind Bob’s painting.

Bob Ross’ mentor was a man named William Bill Alexander, a Prussian immigrant who moved to Canada after the Second World War. During this time, he was drafted to the German military. Alexander relocated in the hope of finding more opportunities, but he, unfortunately, struggled hard to make ends meet as a painter.

As Bill Alexander’s career started to skyrocket, Bob Ross began to teach painting lessons in Orlando, Florida. He somehow caught the attention of PBS executives who were mesmerized by his calm cadence and familiar look.

William Alexander, in 1991, told The New York Times that he felt his former mentee, Ross had slighted him. William Alexander claimed to have trained Bob on how to paint an entire landscape in just 30 minutes. William even said that he had originated the phrase, “happy little trees.” William added that Ross was copying him. William’s fans also expressed their anger that Bob Ross had copied Alexander in every way, from his painting way to his business model.

Like William, Bob Ross also had a military career before he turned painter, and that too a famous one. Bob Ross served in the United States Air Force for 20 longs years. He had reached the rank of master sergeant during his tenure and also developed a love of painting at the same time. He even learned to mimic how to paint like Alexander William by watching his shows.

These TV shows helped him establish soft tones. Bob started selling gold-mining pans with Alaskan landscapes painted on the inside. He ended up earning a lot of money to retire from the United States Air Force. Bob was such a talented painter of that time that he not only landed a T show on PBS but also accumulate a large viewer and fan base.

Talking about what happened to the painting of Bob Ross, some of his original landscapes are on display at the Bob Ross Art Workshop & Gallery in New Smyrna Beach, Florida.

What your dog wants you to know