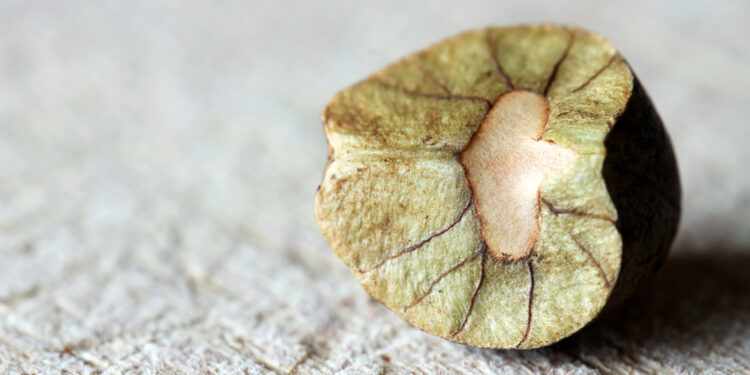 Not all the beans move around, but there’s one bean known as Mexican Jumping Bean that is known to jump around. They are seed pods of Sebastiana pavoniana (a shrub), which carries the larva from the Cydia deshaisiana moth.

When S. pavoniana begins to flower during springtime in the dry, rocky slopes of Sonora and Chihuahua places in Mexico, the mother moth lays eggs on the shrub’s flowers capsules. The eggs start to hatch that time, the larva eats their way through the capsules, and as it matures. They become hard and brown from outside, and they take a bean-like shape.

The larva gets placed in its seed pod very safely, and it feeds itself on the capsule’s content. Eventually, when the seed pods fall from the bush, and the larva starts to move, this is what causes beans to jump. So, now you know what makes the Mexican jumping beans move around.

How to make Mexican bean jump?

If you want to move larva on demand, well, you need to raise the temperature of the area.

Raise in temperature will further result in the larva trying to move the seed to get away from the heat source, just like during its natural state, where it’s just trying to move away from the sunlight. It runs from direct heat because overheating will result in dehydration, which could lead to larvae’s death. Even a small rise in room temperature will make the larvae move around, and sometimes holding them in your hands will also make them move around.

And it is quite a no brainer that larvae are required to be alive if you want speeds to jump. So, if you’re holding some in your hands, you need to be very careful. Make sure they don’t get exposed to excess heat or are kept in sunlight for too long because they can get dehydrated and eventually the heat will kill them.