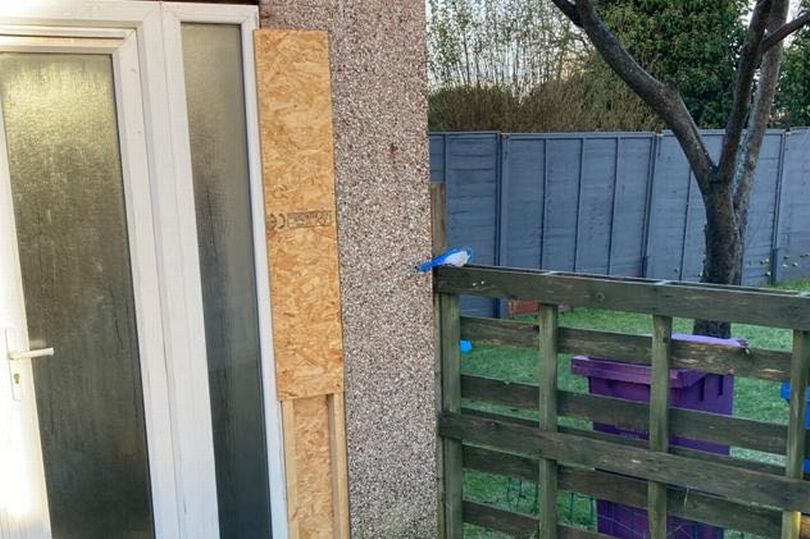 We could all use some lighthearted laughter especially with all the stress that being in a pandemic has caused. A 39-year-old father of three triggered a social media uproar by sharing his funny mistake while eating breakfast with his family.

Imagine enjoying a nice meal with your family – three daughters to be exact. The weather is cold, but it is nice and toasty inside your home. This was seemingly a normal morning for Stephen Maguire. Everything was going according to schedule, but there was one slight nuance that would affect their lives forever.

This incident made breakfast a little more interesting and a lot more joyful. Stephen and his wife shared the story on their community Facebook page so that others could experience the hilarious defining moments of that chilly morning.

Julie, his wife, shared a witty photo of the view of their garden, stating: “Something to make you giggle…my husband looks out our window to our garden and says ‘someone’s pet parrot is in our garden.”

The picture shows what appears to be a distressed parrot laying on the ledge right above their garden. Stephen’s heartstrings were tugged as he declared to his family that he would attempt to rescue the parrot and return it to its rightful owner.

They looked in awe and concern at the seemingly exotic bird with vibrant blue and white “feathers”. No sign of life raised an even bigger fear.

The weather conditions would cause the bird’s demise if it were not rescued. It takes a lot of courage to approach an unknown animal who appears to be hurt.

Despite the risk of infectious disease, Stephen was determined to rescue his suffering feathered friend. He was convinced that the parrot belonged to a neighbor and must have somehow escaped.

It was fate that it landed on their perch where it could receive attention and possibly medical intervention to save its life.

Stephen bravely declared to his family that he would rescue the fowl. He had a personal goal to make sure the bird was returned to its rightful owner. He planned to remove the bird from the cold climate and keep it warm in the comforts of their home.

“‘It doesn’t look very well! I’ll go try and catch it and you can put it on a local FB page’.”

They took a photo from a safe distance before starting their rescue efforts. From afar, the bird appears to be lying on its side with its tail facing the family’s home.
Stephen’s heroism came into play as he cautiously approached the presumed animal. His greatest fear was startling the bird enough to cause it to plummet from the fence or to attempt to fly away with an injury.

His wife describes the final moments of this hilarious event by stating: “Off he goes and my phone rings. All I can hear is hysterical laughing, husband can’t actually speak. I hear… ‘It’s a brush. It’s a brush!’ This lockdown is affecting us all.”

To their surprise, the parrot was a cleaning brush carefully placed at the perfect angle that causes it to appear as a bird.

Stephen and his family were overcome with laughter. They had strategically planned to save the family’s scrubbing brush from the backyard and return it to its rightful owner. All of the preparation and anxiety added to the comical relief when he discovered that it was a brush.

Their Facebook post became viral almost immediately. The community agreed that the brush did resemble a parrot from afar.

One follower stated: “This is great! You can see a parrot in the first picture though!”.

Currently, the post has 32,000 likes and more people are continuing to discover the Maguire’s honest mistake and join in on the laughter.

Another commentator wrote: “That’s made my day! I’m chuckling away here!”