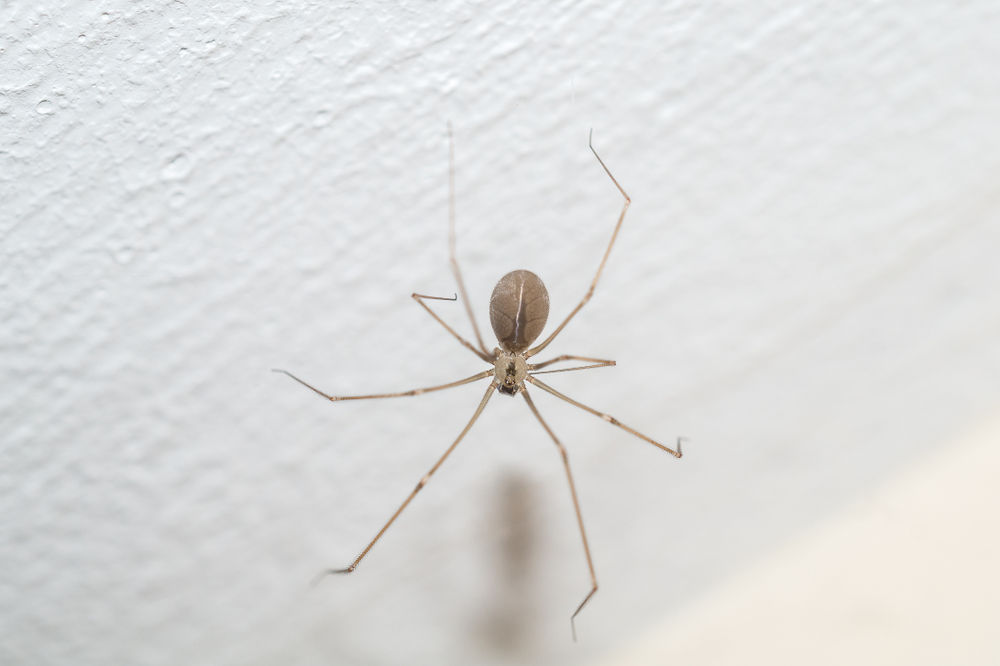 Spiders are fascinating creatures but one question that I have always pondered is how do they walk upside down? How is a spider able to crawl all over my ceiling without falling off. It has no wings and in the world of spiders, I believe gravity still exists, so how is it possible?

Having done far too much reading into this topic, I am happy to explain. Their secret is both simple and complicated. They are able to stand on glass and ceilings and other strange surfaces because of the long hairs on their legs. Every spider has long thin hair on their leg. Every hair has thousands of tiny bristles that can not even be seen by the naked eye.

These tiny bristles allow a spider to grip any surface. The bristles are malleable and can fit into any type of texture and stick. While each one has little to no adhesive power, when the 600,000 bristles that an average spider has, are combined, it adds up to significant strength and allows a spider to sit wherever it likes.

One of the spider’s best tricks is to have something called a temporary attachment system. This means that the bristles are pretty much under the spider’s control. Instead of gluing itself to a surface, it can quickly get away if it needs to, like ripping a post-it off the wall and sticking it somewhere else.

Scientists have since studied the force that is being applied to the ceiling or glass by the spider and found that an average spider is exerting a force of about 10 grams. While that may not sound like much it is at least 3 to 4 times the spider’s body weight and means that the spider could take the weight of four more spiders and still sit on the ceiling quite happily.