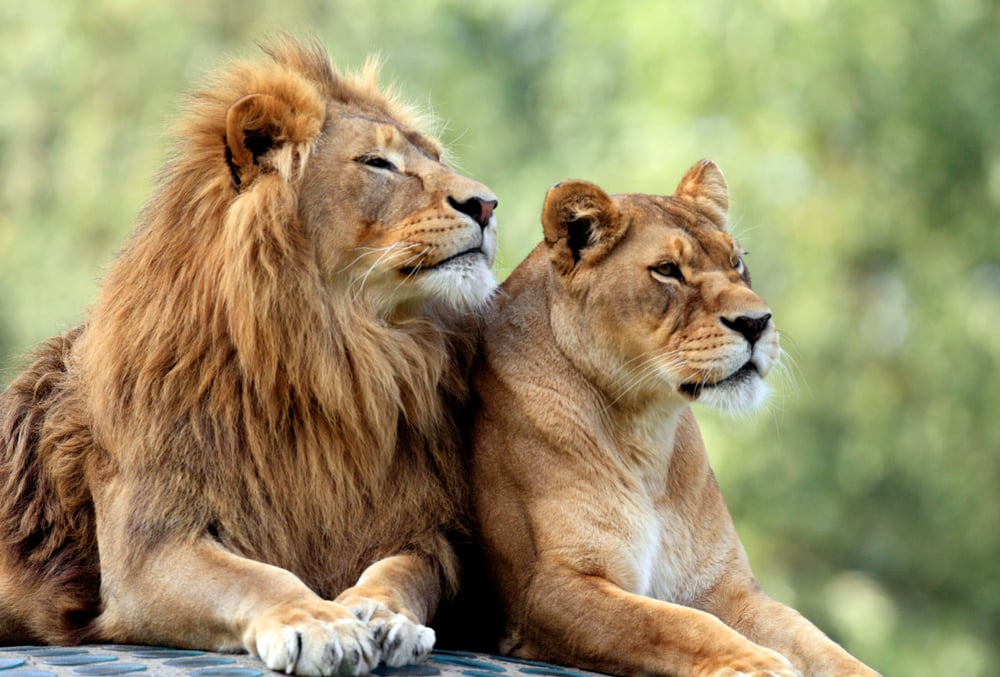 The lion with its glorious mane and loud roar is seen as the king and ruler of the animal kingdom. While it is certainly true that it is the king, there may be a reason to question whether it is the real ruler. The lioness and queen may have something to say about that. After all, it is the lioness who does the majority of the hunting and the lioness who looks after the pride.

Any lion believers will simply point to the lion hanging out in the shade all day and state that someone in that position of comfort, is clearly in charge, that is a valid point. Whoever is in charge both have their roles clearly defined. The lion stays with the pride and protects them while the lioness will go out to hunt.

It makes sense too as the lioness is usually faster than any lion. In their world catching prey is all about stealth and speed. The larger size of the lion and its big mane means it is harder to hide in the long grass. As the lioness wins on stealth and speed she is the best option to go for the hunt.

That is not to suggest that the lion doesn’t do any fighting. To become the leader of the pride he must first defeat the top lion that was originally head of the pride and will likely kill off any young lions that are also in the pride. This Game of Thrones-style behavior is what earns him the right to laze in the shade. After that, his role is to defend the pride of other lions and predators. The lioness will sometimes call on him if their is big game to be had too. While the lioness are the pros at hunting things likes zebra. If there is a large animal like an elephant to take on, it will take the whole pride to win the battle. The lion will take center stage in a fight like this as its large size and intimidating presence gives them the upper hand.

While the lion is certainly the king of the animal kingdom, it now appears he rules paw-in-paw with the lionesses of the pride. Each has their role and they do it rather well.