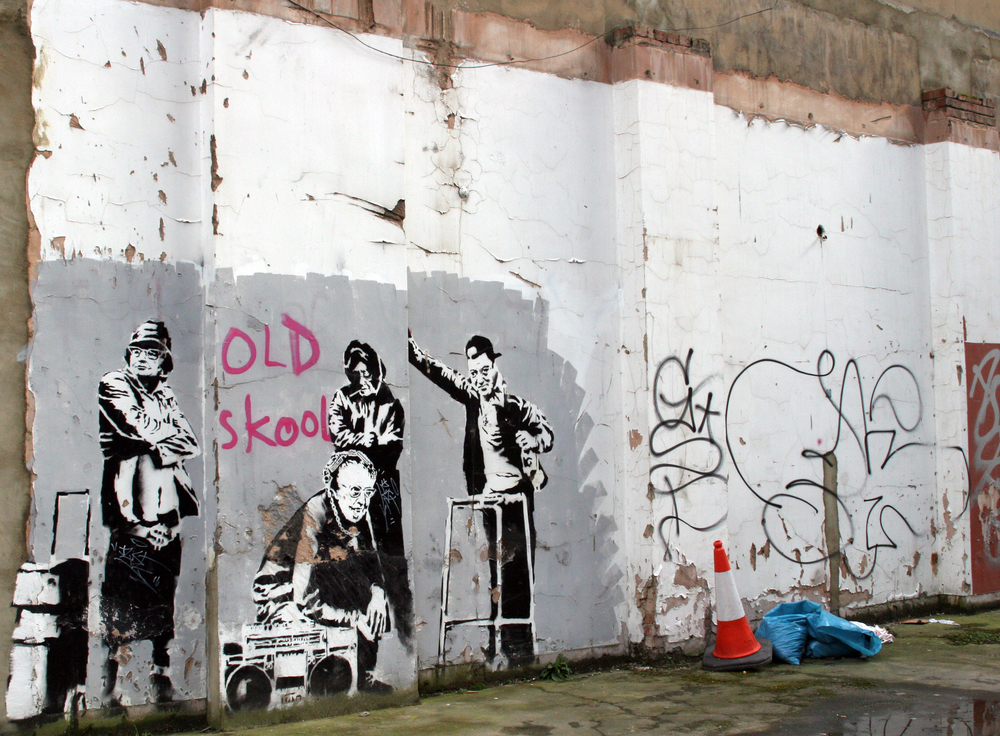 Banksy is a street artist that has grown in prominence since his (or her) first painting was discovered in 1997. He is famous for his politically motivated paintings, his ability to capture the sentiment of the time, the outrageous placements, and for being totally anonymous. While there are many rumors of who Banksy is, and a small number of people who likely do know, his identity to the wider public has been kept a secret to this date. Read on to learn a little more about the man that no one knows.

It is strange in the modern world where everyone in the world has a phone in their hand for anyone to remain unknown. It is a bold and respectable move by Banksy to chose to stay outside the limelight but it is also a mystery that he has been able to achieve this for 23 years. There have been many sightings of Banksy since his work started to appear but none have been conclusive.

Many of the sightings come from less than reputable newspapers who are known to write anything to sell a few more copies. These papers have accused various people over the years with the Daily Mail providing the name Robin Gunningham the most widely publicized. Banksy later did a piece of work that featured a face similar to Robin Gunningham. The Daily Mail then ran an article saying that this was the confirmation they needed when in reality it was as likely to be a mocking jibe at the paper.

Over the years Banksy has done several interviews and those who have interviewed him describe him as an earring wearing, white guy, aged around 28 (in 2003). This appears to confirm that he is at least male. Although that can’t be certain either as there is another theory that Banksy is multiple people. Some argue that for his name to remain unknown for so long is only possible if he is actually more than one person. There is a theory that his work is actually that of a group of four graffiti artists. There is another theory that whether Banksy is one or more people, he is somewhat linked with the band Massive Attack. In the early years of Banksy’s work, there is a similarity between the band’s tour dates and his work appearing around the world.

Banksy is renowned for his political commentary and most recently shared a post about Black Lives Matters condemning the white society that has inflicted so much pain. He compared it to when someone in an upstairs apartment bursts a pipe and floods the downstairs. It is not an issue that black people should have to fix but something that white society needs to address and correct.

How was the life of Pablo Picasso?