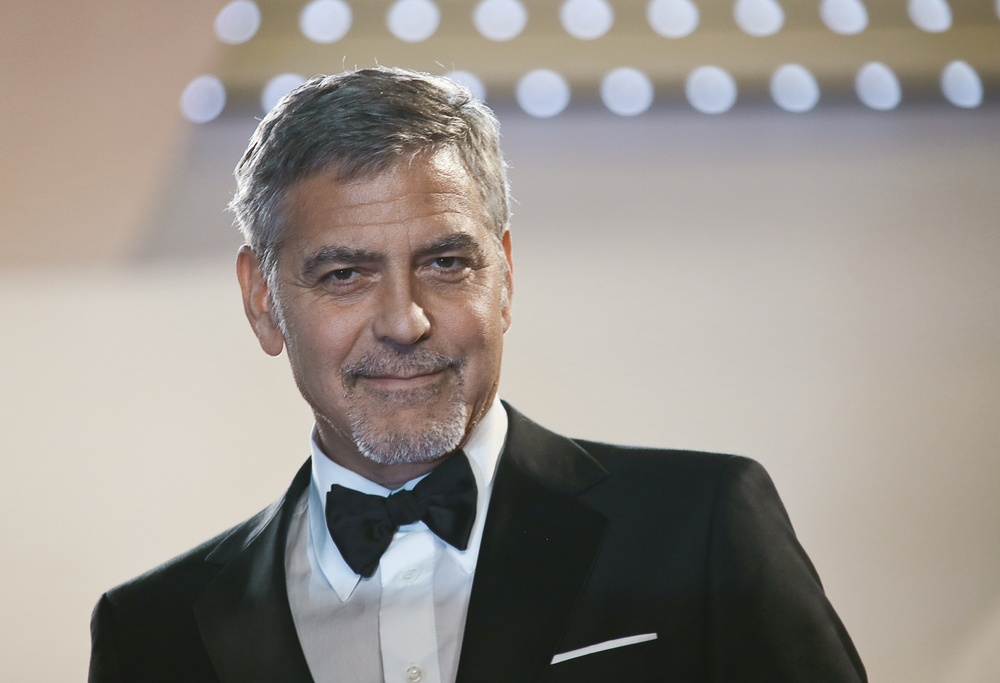 Many of us got to know George Clooney from the popular drama series “ER.” If you loved the character he played on the show, Doug Ross, you probably thought he was a great guy in real life. His acting was always on point, and you couldn’t help but love his hot-headed antics on the show. As it turns out, George Clooney is just as nice in real life as he appears to be in the drama.

George Clooney has done many amazing things for various humanitarian organizations over the years. For example, he has helped to organize and spearhead different pledge drive events that have ended up generating millions of dollars for various charities. He also recently paid for more than 3,000 Syrian refugee kids to go to school. He’s even been arrested for protesting outside of the Sudanese Embassy to bring awareness to human rights issues

You may have even seen the “Good Guy Clooney” meme that has been going around lately, celebrating all of the good deeds Clooney has been caught doing. There are plenty of them floating around! But there is one amazing deed we would like to talk about-the time Clooney handed out briefcases to more than a dozen of his closest friends. What was in them? Let’s find out!

It’s great to hear that Clooney is as much of a “normal” guy as his reputation says. In fact, many of his friends are still the ones he grew up with before he became famous. While some have been successful in the film industry, others are just old friends who work hard to pay their bills like the rest of us average folks. It was this particular group that Clooney decided to invite over to his house for dinner one night. But it wasn’t just a dinner! Clooney had a surprise for them that would change their lives for the better.

On September 27, 2013, 14 of Clooney’s closest friends came to his home for a night of dinner and fun. One reason they expected to have an amazing night was that Clooney had a reputation for being a prankster! They never knew what was going to happen when they were around him. However, a prank wasn’t what he had in store for this night. Instead, Clooney was ready to show his soft side by giving his close friends an amazing gift.

According to his friends, Clooney had left a briefcase for each one of them by their place settings. After dinner, he gave a small speech to let everyone know just how much they meant to him. He wanted to show his appreciation in a way that would make a difference. After his speech, Clooney asked everyone there to open up their briefcases to see what was in them.

Inside of each briefcase was a ton of bills-one million dollars, as it turns out! Everyone was shocked to see the amazing amount of cold, hard cash. Fourteen friends equaled fourteen million dollars! Clooney went on to say that he knew that they have all gone through some rough times in the past. He wanted to make sure they would never have to worry about paying for anything ever again, including mortgages and college for their kids. What an amazing man to give such a generous gift, don’t you think?

Of course, Clooney has since built his bank account up more and more in the years after this famous dinner. It wasn’t just from acting, either. In 2013, Clooney and a couple of friends decided to start their very own tequila company, known as Casamigos. In just four years, that company was sold for more than $700 million. It just goes to show that karma is a real thing! What you give to the universe, you get back. We’re glad that Clooney was given back from the universe after pulling such an amazing stunt for his close friends. He certainly deserves it!