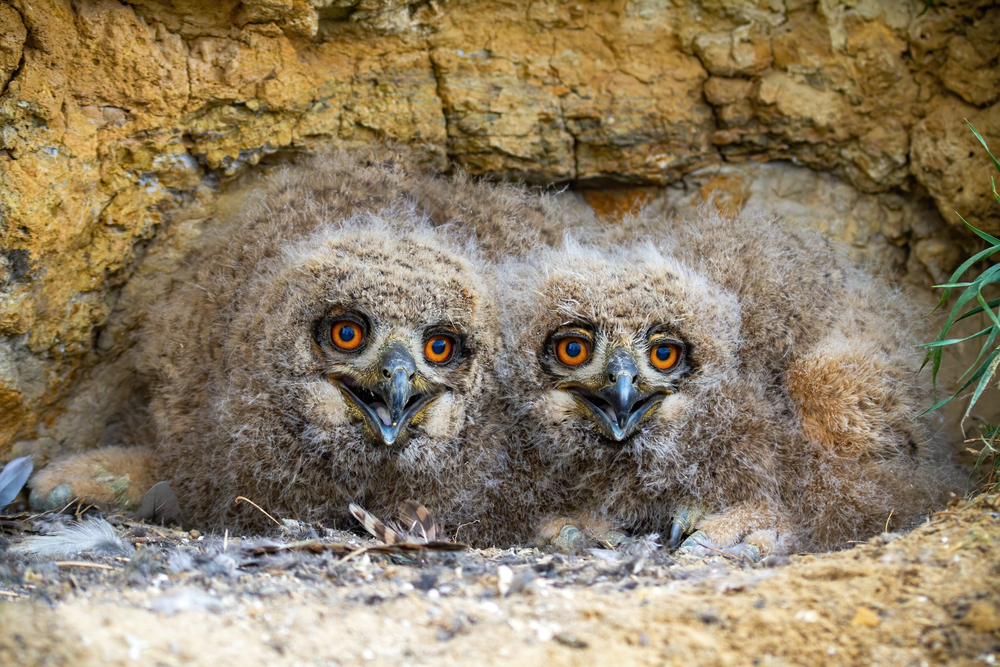 We have all seen those horror movies where in the middle of the night a noise wakes someone up. They get out of bed and go downstairs and hear the noise get louder. They soon realize that it is a light tapping on the window. Tap. Tap. Tap. As they approach the window the tapping stops. It’s dark but it almost looks like there are two eyes staring through the window, staring at the person at night. Our protagonist switches the light on and there is nothing there. Was it all a dream? Was it a murderer who ran when someone approached the window? Or was it something else?

Recently a Dutchman had a similar experience. He lives on the third floor of an apartment and one night he saw a pair of eyes staring at him from the window. Being on the third floor this obviously alarmed him a lot. For a quick second, he didn’t know if someone had scaled the building or if it was something far more nefarious outside. When he approached though, he realized it was nothing to be afraid of. It was an owl.

The Eurasian eagle-owl is one of the largest owls in the world with a wingspan of around 7 feet when fully grown. Where Jos Baart lives it is common to have pigeons on your window sill and it is an issue for many residents, he was delighted to find that he had owls instead. The owl was not just dropping by either, it had built a nest and over the next few weeks, it hatched three large chicks.

Jos Baarts says that having the owls at his window was a little strange at first. The nature of the owls and their faces means that it looks like they are staring in the window all the time. However, after he got used to that he says that he was hooked. He found watching the owls more fun than watching television.

Baart knows that the owls will soon leave. Once the chicks are a little older and can fly they will leave the nest for new pastures. Baart hopes that they return to the nest year after year and that his friendly visitors stick around for the long term. Eurasian eagle-owls live up to 20 years in the wild and 60 years if in captivity so it is very possible that these are going to be with Baart for a very long time. The owl lives so long because they are an apex predator with no animals hunting them on a consistent basis.

The Eurasian eagle-owl is not a protected species as there are many in the wild however the population is decreasing and so we need to ensure we do what we can to look after them. Jos Baarts sounds pretty lucky to use. While other neighbors have pigeons cooing on their window sills he is greeted by the face of a number of owls every morning. The video of Baarts and his visitors went viral recently and in it, you can see how they love to start at him throughout the day. The owl naturally preys on things like rats and mice, as long as they don’t start leaving dead bodies around they will be an excellent visitor to have.

The Eurasian eagle-owl is one of the few owl species that people are allowed to have as a pet without special permission. We do think that an amazing bird-like this belongs in the wild but there are some that are injured or hurt and need to be rescued. If you would like one as a pet check with your local bird sanctuary if there are any available.